Thank you Jefferson and Madison for Religious Freedom

Imagine my surprise. It was a chill December day as I drove through rural South Carolina on my way home from a visit with my sister. As I flipped around the radio dial I found some easy-listening jazz and settled back to enjoy the winter landscape flying by my window. Now here’s the surprising part. When the commercial break arrived, I found I was listening to WLGI, a 50,000 watt radio station in Williamsburg County, S.C…but not just any small station…This was run by a local Bahá’i community institute. Bahá’i in the rural south?
My reaction in finding the radio station was, “Only in America!” I immediately fired off a text message to a Bahá’i friend in Brussels. Then I reflected a little more…The Bahá’i are persecuted, excluded, and murdered in their native Iran and have been since the 19th century. Here in the U.S. about 130,000 Bahá’i live and worship freely.

Then I reflected a little more…Only a few short months ago the TV was full of reports of a Florida preacher who threatened to burn a Koran and bitter opponents of an Islamic Center in lower Manhattan taking to the streets.

Thomas Jefferson wrote the historic legislation but it took his friend, James Madison, to push it through the state legislature, opposed all the way by Patrick Henry. The immediate impact was to disestablish the Anglican Church as the official state church and stop laws persecuting other religions.

During the hot debates over the Statute, which would deprive the Anglican church of state tax revenues, representatives tried to limit the coverage to Christians. Madison successfully stopped the effort. Jefferson wrote he was delighted the move "was rejected by the great majority, in proof that they meant to comprehend within the mantle of its protection, the Jew and the Gentile, the Christian and Mahometan, the Hindoo, the infidel of every denomination."

The essence of the statute is clear: "all men shall be free to profess, and by argument to maintain, their opinion in matters of religion, and that the same shall in no wise diminish enlarge, or affect their civil capacities." Original intent is crystal clear in these and many statements by Madison, Jefferson, and others.

Later, when Madison took up his duties in the first U.S. Congress, his first duty was to draft a set of amendments to the new Constitution he helped create. The first of these comes down to us as the First Amendment, establishing religious freedom and separation of church and state. Madison drew on the Virginia Statue and his life-long devotion to freedom of conscience.

So celebrate Religious Freedom Day, by the dictates of your own conscience, not just today, but every day. Whether you embrace a particular religion, no religion or something in between, the spirit of this day belongs to you.

The Bahá’i belief of our universal family living in peace sure brings that message home.

If you’re unfamiliar with the Bahá’i Faith, it was founded in 1852 by a Persian nobleman while imprisoned in Teheran for his religious beliefs. Bahá'u'lláh, a monotheist, believed all humans are part of the same family and ultimately believe in the same god. He emphasized the importance of the messages and messengers of all religions, and living a moral, ethical, peaceful life while serving other. (Learn more at http://www.bahai.org/)

Jefferson included authorship of the Virginia Statute and the Declaration of Independence and the founding of the University of Virginia as the 3 accomplishments to be placed on his grave stone.
Posted by Rebecca Staton-Reinstein at 6:00 PM No comments:

Pitch out those New Year’s Resolutions…NOW!

That’s right – dump the list…and the guilt that always follows when you don’t follow through. Sure, I know it’s important to make a plan. After all, strategic planning is a main focus of my business. I encourage people to make a plan and follow it. But that’s a very different scenario from our annual flirtation with resolutions.

Most plans and all resolutions are very light on methodical follow through.

When it comes to planning, less is more – fewer goals, fewer tactics. When Dolly Parton was asked about plastic surgery, she retorted, 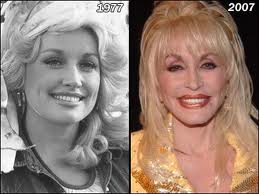 “Honey, you’ve gotta nip it, tuck it, suck it or chuck it!”
Of course you need some goals; high-level descriptions of results you want. In business the Balanced Scorecard approach suggests goals in only 4 areas; financial, customers, employees, and processes. (Robert Kaplan & David Norton)
But even a limited number of goals won’t get you the results you need. For each goal, set at least one objective; a concrete description of results to accomplish a goal. Make sure they are SMART; Specific, Measurable, Assignable, Realistic, and Time Related.

But goals and objectives don’t float out of the air. Their purpose is to fulfill a mission; what you are trying to do or be and for whom. The mission and your detailed plan are the basis for daily decision making and action.

Once all of these elements are in place, you can figure out how to achieve each objective, what activities or tasks you will perform. Most people start at this tactical level without all the detail in between. You can end up with a to-do list that keeps you busy…but…Busyness is not good business.

OK, full disclosure: My own plan in 2010 had too many goals and objectives. I didn’t accomplish some of them. But I had a plan, tracked my progress, and made adjustments along the way. The result was a very successful year. As I finish my plan for the new year, I’m following my own advice. I’m on a goals diet.

30 Days to Creating a Strategic Plan that Gets Results is packed with the coaching advice I’ve given my successful clients; practical, proven tips, techniques, and strategies that get results and help you face the inevitable challenges of implementing a plan in a dynamic environment.

What’s in it for you?
Invest in yourself and your work for a prosperous and happy year. Get the results you want with no resolutions, no guilt, and no wasted effort.

Visit My Author Page on Amazon