I walked into the New York City Housing Authority that morning with a lot of hope and a lot of anxiety. You see, I'd been hired 8 weeks before to be a software developer and I'd used the city's legendary bureaucratic delays in on-boarding to take a crash course in COBOL and systems analysis. I needed that job but I knew I was in trouble.

Someone introduced me to my new boss, Joe, and showed me my desk in the corridor, not even a cubicle. We talked a little about my experience – very light, my education – totally irrelevant, and what I could actually do – very little!

Now at this point, most managers would have rolled their eyes, fumed at the bad luck of the draw, and stormed back into their own offices. After all, Joe had just been assigned a new less than useless “resource.” But that’s not what Joe did. He introduced me to the team, asked them to help me in any way I needed and then said, “Let’s grab a cup of coffee.” For the next few weeks Joe sat with me several hours a day, showing me around the computer system, helping me understand the project we were tackling, and making sure I was in every meeting he went to, no matter how high-ranking the attendees.

Slowly it dawned on me. Joe knew I was just a newbie and didn’t know much about programming. He also knew he could teach me the mechanics. But the reason he had asked for me to be assigned to his team – yes, he’d asked for me – was he saw things in my background that told him I had what he was looking for to grow his team…things that could not be taught.

When I was eventually appointed as a manager, it was Joe who once again took me under his wing. He saw I got the formal training and intense mentoring and coaching I needed to succeed. When I reluctantly left his team to head my own, we still had coffee every morning to talk as colleague…and I continued learning from him. After 5 years I took an opportunity to build a career in the corporate sector armed with what Joe had prepared me to do – function on my own as a manager.

Joseph Caccavo appears in the acknowledgements of every book I have written for a reason; he had a profound influence on my life and on teaching me how to be a good manager. When I teach management courses today, especially for those folks in IT or engineering or other technical disciplines, I evoke his example. Yes, it’s possible to be a great manager and be a super techie.


What a great manager does...
5 lessons from Joe Caccavo: the best manager…EVER! 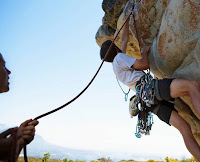 Look for your employee’s true gifts: Joe searched inside every team member, no matter how weak they appeared, for that spark he believed we all have. He wasn’t a touchy feely kind of guy and he did not suffer fools lightly but…he had a gift. Joe could see what the rest of us were blind to, even in ourselves.

Bring your employee’s gifts into the light: Joe fanned that spark once he found it. He made sure we knew what it was and what he expected from us – to exercise our gift fully. He never accepted anything less than our best. He was the embodiment of tough love. No matter what, we had to perform at our peak. So we did.

Support your employee’s growth: Whether talking over our morning coffee, walking to the gym after work or riding the subway back to Brooklyn, Joe was always encouraging me AND making sure I understood how much more I needed to learn. He went to bat for us with upper management and out on a limb to see we had what we needed to succeed.

Help your employees step out on their own and move on: The first day Joe left me in charge of the team for the day, I was sick with anxiety. What if something happened I didn’t know how to handle? Joe told me I’d do fine and he had 100% confidence in me. Somehow I survived that day. Later I discovered he had simply taken a day off to push me out of the nest. He knew I could fly and after that day I had a little more confidence too. He just kept upping the ante until I was confident enough to strike off on my own new career path.

Never stop fighting for your employees: You have to understand, this was a public agency governed by both civil service and union rules and contracts. Joe, who was in the same union as the rest of us, couldn’t give us raises, promotions or bonuses. He had no budget to spend on gifts, prizes, food, or plaques. He had only the force of his personality. He bought those morning cups of coffee and Friday pizzas out of his own pocket. When we needed a new printer he convinced the vendor to install it free and then went to the department head and did battle for it. When we needed expert consulting he went to a local university and convinced some professors to come help us pro bono. (He bought them lunch.) When we needed a different level of support from the data center, he went down and trained them himself and showed them how to move to more advanced technology. The list would fill volumes.

The end result was a team that would have followed Joe anywhere and who would do anything to make our projects successful. We didn’t just perform better because we worked for Joe…we became better people.

Joe was no saint. He had a red-hot temper. He often ran afoul of agency “politics” and didn’t do well at the social functions that made or broke careers there. On the other hand, his temper was always aimed outward at protecting and growing our team.

When his wife called yesterday to tell me that Joe was gone she said, “You know, he fought that cancer to the end. That was Joe.” And that was Joe…fighting his last battle. He couldn’t win this one but he did win his fight for his team members.

Posted by Rebecca Staton-Reinstein at 9:38 AM No comments: