Why Vote? To keep a republic

As the delegates were leaving the Pennsylvania State House that September day in 1787, having just written the U.S. Constitution, a woman approached the venerable Dr. Franklin and asked what sort of government they were proposing. He answered, "A republic, if your can keep it."

It's as simple as that. We can only keep our republic by exercising our right to vote and the corollary is informing ourselves about the candidates and the issues. Three thoughts come to mind:


A nation that expects to be ignorant and free in a state of civilization … expects what never was and never will be. - Thomas Jefferson
Liberty & Learning lean on each other for their mutual and surest support. – James Madison
Educate and inform the whole mass of the people...They are the only sure reliance for the preservation of our liberty. - Thomas Jefferson 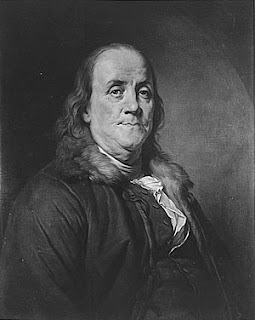 It's as simple as that...inform yourself and vote. Yes it's tough with restricted hours or Sandy's devastation. Yes, the weather can be bad or the lines long or the choices difficult or...

If you don't vote, you have no voice and NO RIGHT TO WHINE! That's right. You can't go on and on about what's wrong with the "government" if you don't participate. No excuses.

In the '90s I was working in St. Petersburg, Russia when they held their first free election. I went with my host to the polls -- a high school gym. It was exciting and brought a lump to my throat. My friend was casting a vote in an independent election for the first time. I don't know how she voted - for reform or a return to the old regime. In the end, the important thing is to cast your ballot.

In a republic, we then accept the result. We don't always like the result and sometimes would have preferred a different outcome. Every election is about the future of the republic. Informed voting is the only way to keep our republic.