Plan is a 4-letter word! 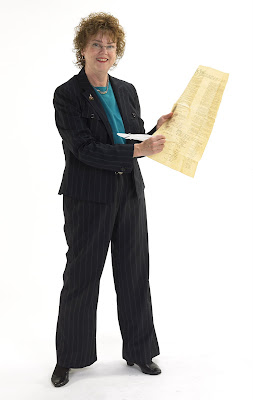 "Listen, Rebecca, nobody has time for this planning stuff in this economy. They just need to survive. Planning's for when things calm down."

That was the 'conventional wisdom' from a chum of mine recently. Well, I beg to differ -- I'm not being self serving -- so here's the 'evidence.'
The September 25 - October 1 edition of the South Florida Business Journal reported in two separate articles on local banks that are doing well because of their planning. We could all take a lesson from them.
Coral Gables, Florida is the home of Gibraltar Private Bank and Trust. Several years ago the bank, founded by Steve Hayworth in 1994, was acquired by Boston Private Financial Holdings. It has just been repurchased by Hayworth and a group of investors.
Hayworth said he moved to repurchase the bank because he felt it was in the best interests of his clients. The bank will stick to its business model.

"In this environment, I see an opportunity for an integrated private bank and wealth management," Hayworth said. "We are very focused on private banking and wealth advisory services for professionals and affluent families."
"The bank will stick to its business model." This is one of the keys to Gibraltar's success for many years, first as it prepared itself for acquisition, then as it prospered under the Boston company's auspices, and now as it strikes out on its own again. Steve Hayworth and Gibraltar were featured as a case study on the power of strategic planning and leadership in Conventional Wisdom: How Today's Leaders Plan, Perform, and Progress Like the Founding Fathers. They attributed their phenomenal growth and doubling their assets in four years to the robust strategic plan they put together and FOLLOWED. In fact, they coined a telling phrase, "The Plan is the Boss." When other banks were faltering, going under, or just flailing about in an economic downturn, Gibraltar and Hayworth stuck with their plan and forged ahead.
In the same issue of SFBJ an unrelated story featured the Florida Shores -- Southeast Bank, founded by Steven Hickman in 2006 in Pompano Beach, Florida. Obviously this wasn't a great time to start a new bank and the bank and Hickman took a lot of flack for their slow initial growth. According to the Business Journal
Hickman said he wanted a manageable rate of growth that stuck to the bank's business plan. Because of that, Florida Shores has a relatively clean balance sheet.
"A lot of the banks that grew faster are paying the price now," he said. "We have good capital and plenty of money to lend."
"Manageable rate of growth that stuck to the bank's business plan." There's that pesky planning again! Hickman, in an email, was quick to give credit to his entire team for being the fastest-growing South Florida bank. But as was clear from the leadership philosophy he shared in Conventional Wisdom: How Today's Leaders Plan, Perform, and Progress Like the Founding Fathers, Hickman had been an expert and booster of strategic planning since his early days in the banking business. He knew its power in helping keep any venture on track and successful over the long haul. The proof of the power of that approach is in his balance sheet.
Planning in tough times? Is it a must for survival? Think about the framers of the U.S. Constitution, also featured in Conventional Wisdom. The United States were hardly united. Europe had cut off our credit, inflation was rampant, and foreclosures were devastating the farm-based economy. The latter led directly to Shays' Rebellion where local farmers in Massachusetts closed down the bankruptcy courts and marched on the state arsenal. Foreign powers were perched on our borders just waiting to pick off the disintegrating states like road kill. In fact, the U.S. faced the most threatening crisis in its history, rivaled only by the winter of 1776-7, the Civil War, and the Great Depression. Tough times indeed!
So what was the response to this tough time? 55 men assembled in Philadelphia in the summer of 1787 to hammer out a strategic plan for the nation. That's right...a strategic plan...The Constitution. Want to know more? Check out Conventional Wisdom. Want to get through these tough times? Make a plan Stan and Fran! Create a strategic plan with short term actions that will move you toward your long-term goals. If you flail you fail. Or as that sage, business guru Yogi Berra said, "If you don't know where you're going, any road will do."
I don't know about you, but I'm following the lead of Hayworth, Hickman, and the framers.
(c) Rebecca Staton-Reinstein and Advantage Leadership, Inc.
Posted by Rebecca Staton-Reinstein at 9:21 AM 1 comment:

You know the drill...Jay Leno stops people on the street and asks them simple questions and that's where the fun begins. Recently he stopped a nice young man and asked him to name some Founding Fathers. "Founding Fathers of what?" he asked rather belligerently. OK, maybe it was staged...but...

Only a quarter of high school students in a recent poll could identify the first president of the U.S. Few could list the 3 branches of government. Forget about any real understanding of our our system of government and how it works. The findings of the latest poll reflect many other more scientifically sound studies that show up year after year.
Thomas Jefferson sums it up best: If a nation expects to be ignorant and free, in a state of civilization, it expects what never was and never will be.
Whether you are a Democrat, Republican, Independent, or have some other affiliation, the lack of knowledge of our history and understanding of our government is frightening. It could foreshadow disaster.

What is to be done?

This will not be easy. Political debate will rage around the curriculum and determining the "correct" facts and their interpretation. But as the PBS series on the Civil War and the HBO series on John Adams have shown, when you present history in a compelling way, people will be involved and come away glad to have learned something about two crucial periods in our history that still have echos in the present.
When the John Adam series was first running on TV, Greg Swienton, CEO of Ryder System, would gather anyone who was interested to discuss the previous nights episode. These were lively ad hoc conversations. Imagine that in your busy work place. When was the last time you gathered to chat about history? When was the last time you talked with your kids or grandkids about history or took them to visit a historic site or city council meeting?
If a nation expects to be ignorant and free, in a state of civilization, it expects what never was and never will be.
(c) Rebecca Staton-Reinstein, http://www.advantageleadership.com/

Posted by Rebecca Staton-Reinstein at 3:51 PM No comments: