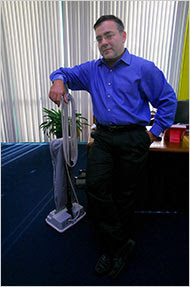 We've all heard and seen the headlines, "Spirit to charge $45 for carry-on luggage!" Lots of strum and drang. Some congressmen even want to "protect" us with new regulations. Wait a minute...what's going on?
Let's step back for a minute and take a more objective look at Ben Baldanza and his Spirit Airlines. (Let me make it clear. I'm NOT defending his decisions, just describing a few facts.) When Baldanza took over the South Florida based airline, he had a vision. He wanted to make Spirit and its home airport (Ft. Lauderdale/ Hollywood, FL) international. He had noticed the demographic shifts of people from various parts of Latin America moving north from the Miami area to the Ft. Lauderdale area. As he reasoned, "Why should they have to go all the way to Miami to fly back home?"
It's that sort of questioning that has marked Baldanza's thinking throughout his long career in the the airline business. He also made another important decision when he became CEO at Spirit. He realized that there were two basic models for an airline. At one end was Singapore Air with it's superb service, high-end amenities, and reputation for pampering everyone. At the other end of the spectrum was Ryan Air, a no-frills airline in the extreme. It competes on low fares with an a la carte system where you pay for everything you want.
Baldanza says that the problem with most airlines is that they try to live somewhere in the middle but don't deliver either great service or very low prices. So he decided to remold Spirit in the Ryan image. You get a fairly low fare (sometimes even a $9 special) and then pay for everything else...everything. OK. You know that going in so it's no surprise. As most airlines tried to survive the economic difficulties over the last few years, they also started adding on charges for basics (or what used to be considered basics) although not lowering their fares particularly.
So it comes as no surprise that Spirit will start charging for carry-ons that must go in the overhead bins with the fee based on whether you belong to a special membership or when and where you check in. The $45 is only for people who show up at the gate without paying for the bag ahead of time. Baldanza believes that this is all fair (no pun intended) because you only pay for the services you want. He thinks it will get some folks to check those bags and relieve the congestion getting on and off the plane. (We'll see...we'll also see if people will pay it or choose to fly another carrier. Ryan Air was forced to back off its plan to charge for use of the bathroom on short flights.)
But is Baldanza to be vilified? Not in my opinion. He made a business decision in line with his business model. The customers will determine if it's a good one or not. But there's more to Baldanza than this one decision. I had the privilege of getting to know him and profile him in my book on strategic leadership, Conventional Wisdom: How Today's Leaders Plan, Perform, and Progress Like the Founding Fathers. The picture above is a classic Ben Baldanza moment. Just like his planes, his offices are no frills also -- a non-descript industrial building in an office park...no marble entrance hall, just a buzzer and no receptionist...no outrageous perks...just a plain utilitarian office. Why the vacuum cleaner? Because Baldanza uses it to keep his office tidy himself.
He meets with employees regularly, getting their ideas and feedback, gives out his email address and replies, and is generally considered an excellent leader and manager. As his assistant remarked out of the blue one day as I sat waiting for a meeting, "He's the best boss I've ever had!" Even the interviewer on a recent CNN interview spontaneously remarked that Baldanza seemed like a very likable guy he'd like to work for.
It's important to separate out the disagreement with Baldanza's business decision and understanding his business strategy and his track record as a good leader, visionary, and a "nice guy." If you don't like the extra charges, don't fly those airlines that have them.
Oh, and no matter which airline you fly, could I plead with you (as a minimalist, frequent business traveler) not to drag on all of your worldly possessions, overstuffed giant suitcases, and shopping bags crammed with stuff?
***** ***** *****
Rebecca Staton-Reinstein, President, Advantage Leadership, Inc. www.AdvantageLeadership.com Looking forward to your comments. And check out more about Baldanza in Conventional Wisdom.
Posted by Rebecca Staton-Reinstein at 4:57 PM No comments: 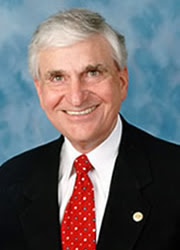 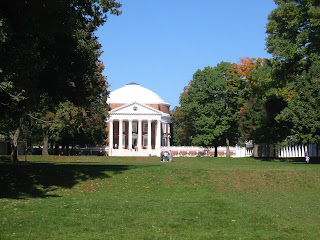 This week was the birthday of Thomas Jefferson, author of the Declaration of Independence, third president of the U.S., and founder of the University of Virginia. The latter is one of the achievements he was most proud of and wanted on his tombstone.

He conceived of the University as a very different place from the academic institutions of his day. One of his ideas was to create an "academical village." Today that same vision is driving another leader in the same direction.

George Hanbury, the new president of Nova Southeastern University arrived there after successful stints as city manager of cities that needed a major turn around. His record in Portsmouth, Virginia and Ft. Lauderdale, Florida are substantial and might have led a lesser leader to retire on his laurels. Not Dr. Hanbury.

This excerpt from Conventional Wisdom: How Today's Leaders Plan, Perform, and Progress Like the Founding Fathers details some of Hanbury's achievements at Nova as COO as he worked to implement Jefferson's vision.

Hanbury rediscovered Jefferson's vision as he did his doctoral work at Florida Atlantic University and when he arrived at Nova in 1998 he was eager to bring it to reality. Jefferson's idea of the "academical village" was a place where academics and the real world could be brought together for students to benefit from both. He saw a place where students would have a practical as well as theoretical education, where commerce and study could blend.

"It takes a visionary to look at a 1970s shopping center and wasteland of abandoned parking lots and see a revolutionary new community combining commercial space, state-of-the-art research facilities, living and recreational space, and college class rooms. Yet that's what he saw...

When I first came to Nova...it just seemed like a natural that what Jefferson was professing...[wanting] students to appreciate how theory was supportive of practice, and without practice, theory was no more than an exercise. Practice without theory would just remain stagnant and there would be no expansion.
I thought if we wrapped the buildings around the parking decks, and then made it an attractive area for people who want to live and work and do research and connect all that to a doctoral research university with high-speed connections to all other research universities in the state, you'd really have quite an economic engine."
So Jefferson's "academical village" is emerging in Davie, Florida, spurred on by Hanbury, whose vision is ever evolving and who, himself combines theory and practice quite neatly in building the university.
Happy birthday, Tom, your ideas are alive and well and continuing to evolve and see the light of day.
***** ***** *****
Want to apply the wisdom of the founding fathers such as Jefferson or contemporary leaders such as George Hanbury? Read Conventional Wisdom or contact me to discuss how their insights can be helpful to you and your business.
Rebecca Staton-Reinstein, President, Advantage Leadership, Inc.

Posted by Rebecca Staton-Reinstein at 8:02 AM No comments: